HOME FOR CHRISTMAS with Celtic Woman in Denver December 20

HOME FOR CHRISTMAS with Celtic Woman in Denver December 20

An interview with Celtic Woman’s Éabha McMahon by Cindy Reich (for The Celtic Connection, Denver CO) 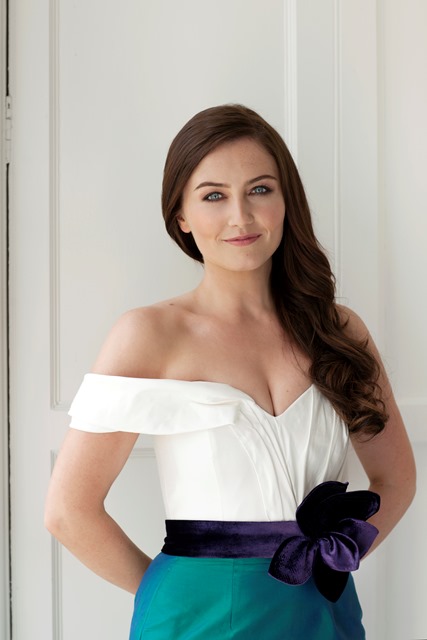 Christmas is the season of music. You can’t help yourself as you stroll downtown–come on, admit it–you are singing along with “Little Town Of Bethlehem” that is being piped through the store’s speakers. Yet in your head, you hear a full orchestra and stunning harmonies. Fear not–you can indulge in the full-on Christmas music experience when Celtic Woman arrive in Denver with their “Home for Christmas” tour, December

Millions of people worldwide have thrilled to the lush harmonies and varied repertoire that Celtic Woman have performed over the years. This show promises to go deep into your Celtic soul with many Irish songs as well as beloved carols and a few surprises thrown in as well. Éabha (pronounced Ava) McMahon, one of the five “Celtic Woman” brings a uniquely personal style to the performance. A native Irish speaker, she grew up speaking Irish as her first language–not in the Gaeltacht of west Cork or Donegal, but in Dublin!  “I went to an Irish speaking school, and both my parents spoke only Irish in the house, so I never knew most everyone else in Dublin grew up speaking English!!  My friends and I all spoke Irish, so when I was in a shop where people were speaking English, I was wondering why they were speaking English!

Éabha finds the qualities of the Irish language convey a special feeling in song. “There are many things in the Gaelic language that are not really literally translatable to English. In truth, Gaelic is more poetic and a single word can invoke several sentences to mean the same thing. Therefore, I can bring this expression to the songs in Gaelic that we perform”.  Éabha began her singing career at the age of 9, and has won the equivalent of the National singing championship for Sean- nós (old style) at an early age, and was a five-time Leinster champion as well as a five-time Dublin champion!  Not to take anything away from the other lady vocalists– Máiréad Carlin and Susan McFadden as well as fiddle player Tara McNeil. Everyone in the group is an outstanding performer and have put together a mighty show, along with the Colorado Symphony.   “I really love the shows that we do with the Symphony orchestras”, said Éabha. “It is such a lush, big sound, and I love the arrangements. We each put our own stamp on the songs, and the entire evening is full of joy. People leave feeling uplifted. We have songs of reflection, songs of joy and even tunes that may have people clapping and dancing in the aisles as well!!  One of the big showstoppers is when we perform “Silent Night”, both in English and in Gaelic, in the Sean- nós style.  It is absolutely beautiful!”

In my conversation with Éabha, I wanted to speak a bit about a foundation she has worked for–The Christina Noble Children’s Foundation.  Revered now in Ireland, Christina grew up rough on the streets of Dublin as a child and had a dream where she was helping orphaned children in Vietnam. She actually ended up building orphanages and schools in both Vietnam and Mongolia, and has helped thousands of children. Éabha spent 7 months in Vietnam and 3 in Mongolia working for the charity and said it was a transforming experience.  “Every cent that is donated to the charity goes towards the children–I saw it with my own eyes”, Éabha said. “Christina is an extraordinary person and has made a huge difference for homeless children in those countries.”  It is obvious that the heart and soul that Éabha brings to her music has crossed other borders as well.

For one special night in Denver, we can all wrap ourselves in a warm blanket of Irish songs, Christmas carols and magnificent music from Celtic Woman and the Colorado Symphony work their magic.

For more information on Celtic Woman–www.celticwoman.com

For information on the Christina Noble Children’s Foundation–www.cncf.org