Ambassador Ryall to Make Denver Home Base: Kilbeggan Brands Ambassador happy to be assigned to Colorado 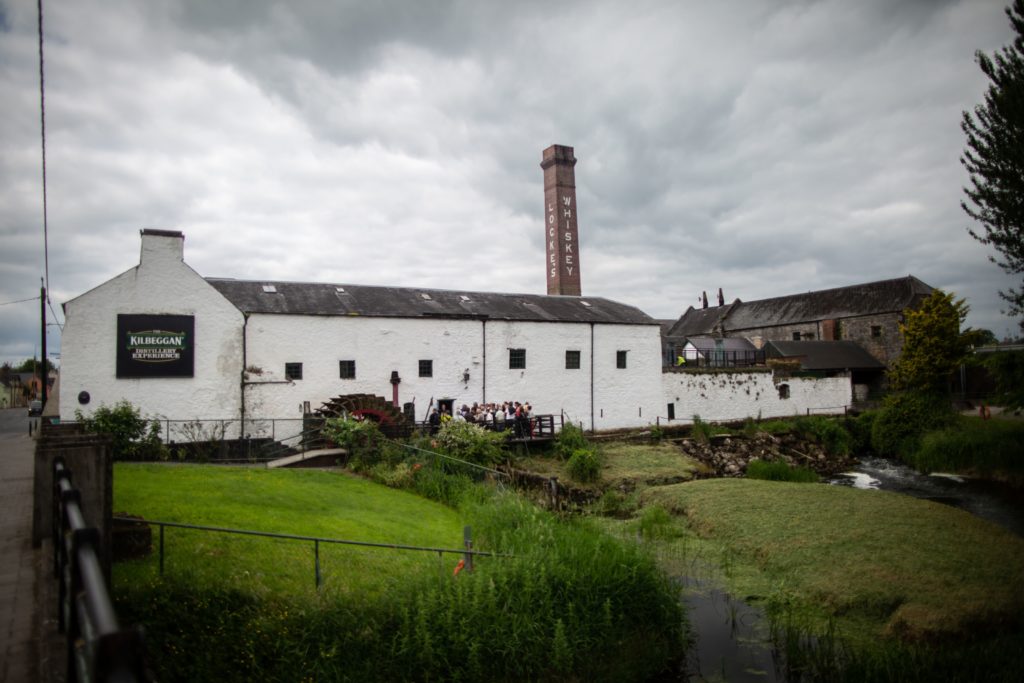 Ambassador Ryall to Make Denver Home Base: Kilbeggan Brands Ambassador happy to be assigned to Colorado

Ellen Ryall’s big Colorado adventure began in late August when she arrived in Denver to begin her 18 month assignment as the Kilbeggan Irish Whiskey Brand Ambassador of Colorado. She is delighted to have the opportunity to work and live in the State. “Everyone here has been so friendly, really welcoming and extremely nice. A lot of young people are moving to Denver so it’s been easy to meet new friends and settle in”.
No time was wasted by Ellen to get out and enjoy some of the Rocky Mountains country and catch the changing of the leaves. “The hikes have been lovely and the mountains are stunning. Our highest mountain in Ireland is around 1000 meters (3,000 feet plus/Carrauntoohil peak County Kerry), coming literally from sea level at home, I had to adjusted to the altitude.” Ellen is anxious to go skiing while in Colorado. She said that she would like to be a pro skier after 18 months on the slopes, but that she would settle for being able to get down the mountains in good form.

The gregarious Ambassador loves the fact that she does not work out of an office. “I’m a very sociable person so I love going out and meeting people. I’m out in the field in bars, restaurants and liquor stores, and organizing sampling, tastings and Kilbeggan events”.
A graduate of University Trinity Dublin in European Studies French and Spanish, Ellen says her job with Kilbeggan is perfect, even though there is no direct correlation to her degree. “I grew up in Middleton, County Cork where Jameson is made. I used to work at the Jameson distillery during my summers between school, so I got a taste for the industry,” she said, adding, “No pun intended”. Besides, it is a very Irish thing to do as Ellen points out, ““Whiskey is a huge part of Irish history. Even the name itself ‘whiskey’, is an anglicized word that came from the Irish Gaelic term‘’ Uisce beatha” (pronounced ish-keh byah-ha ) meaning “Water of Life”.

Although Kilbeggan is a relatively new import from Ireland, many Irish whiskey fans have made it their favorite, attracted to its rich taste steeped in Irish history.
Founded in 1757 in Kilbeggan, County Westmeath, the Kilbeggan Distillery is the oldest licensed distillery in Ireland. The town of Kilbeggan (Little Church in Irish Gaelic) grew out from a monastery established by monks in the 12th century. Along with Christianity, the monks brought the craft of distilling to the area.
After the Kilbeggan distillery doors open, the Whiskey became popular around the world. Over the centuries those doors were sometimes closed due to prohibitions, exorbitant taxations, fires, and even food shortages. Throughout the hard times the towns’ people stood steadfast to keep their namesake distillery alive. “People would even pay out of their pockets to keep the distillery open” said Ellen.
That pride, perseverance, and spirit still rings true today at Kilbeggan distillery where their motto is, “We distill whiskey, and instill pride”

The Kilbeggan award winning brands includes their world famous double distilled blended Kilbeggan Irish Whiskey. A Small Batch Rye and Single Grain Kilbeggan are also available. Other brands maintained by the Kilbeggan Distilling Company include:
Connemara Irish Peated Single Malt Whiskey is a unique product on the market today. Ellen explained that peated whiskey is traditionally associated with Scottish Whisky. In honor of the close historical ties between Ireland and Scotland, Kilbeggan distilled this unique brand. “It’s absolutely gorgeous” enthused Ellen, “It still has the typical characteristics of Irish Whiskey, light and a little bit fruity, but with a light essence of peat and smokiness coming through it.. It’s wonderful for this time of year as we run up against winter”.
2Gingers was named in honor of the mom and auntie (both redheads) of the brand creator, Kieran Folliard. Ellen described the double-distilled Irish whiskey ideal for the America Audience looking for natural whiskey flavors and a smooth finish.
The Tyrconnenell single malt was named after a horse and was reported to be the most popular Irish whiskey before the American Prohibition. The story was born in 1876 when Tyrconnell, ran in the prestigious National Produce Stakes horse race as an underdog – and won! A local distiller, A.A. Watt, decided to commemorate the unlikely victory by creating a small batch whiskey named after the new local champion. The Tyrconnell celebratory batch was planned to be a one-and-done offering, but Watt decided to keep distilling the brand due to popular demand.

Ellen is quite enthusiastic about her job as the Kilbeggan Irish Whiskey Brand Ambassador of Colorado. If your company or group would like to host a tasting or other event, send her an email at: [email protected]